Last full-day in the field

Today was a snagging day. Working out the how, why, when and where of the sites we have visited over the past two weeks. Whilst it has been a very productive week with many mountains climbed, the toughest mountain of the all is looming. Mt. Funding. 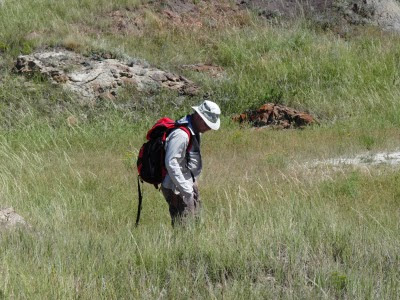 We would have to walk the access road today…if it still exists, as roads often disappear that grace the maps we pour over on a daily basis. So many times this past two weeks have dirt roads disappeared before our very eyes… sometimes on a make-shift dam, other times in mid-field…so frustrating. We are stuck when it comes to progressing by vehicle, as the super-heated catalytic convertors are like struck matchsticks to the tinder dry grasslands. We also have to respect the landowners who let us cross their ranches to our often land-locked parcels of BLM land. 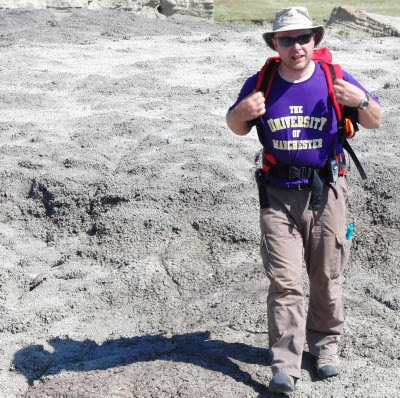 This is also the hardest part of the fieldwork, as we have to turn our backs on many bones, leaving them in the ground to fend for themselves. The fate of many bones is unsure even given the level of their protection is high in the USA, but their remote position makes them vulnerable, given such large areas are impossible to police.
It is only through working with local ranchers and the BLM office that we might offer some network of protection for such sensitive sites. Areas hidden from prying eyes by the very buttes we so covet when hunting dinosaurs. Each member of the team has played their part in making this short field season a successful, but albeit too brief one. Hopefully next year a bigger team can help take the excavation to the next level, as the site we have chosen to return to is both large and remote, but thankfully with little overburden. 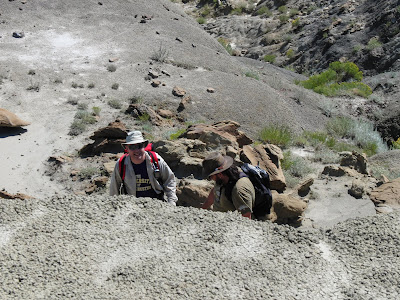 Today our new site did not let us down. We managed to collect teeth from at least four different predatory dinosaurs from a tiny dromaeosaur to the mighty Tyrannosaurus rex… yes, the site gave up a vast chisel-shaped, serrated tooth of T. rex. Eric was the first to spot the rex tooth, but several other elements from different teeth were soon found. It seems our dinosaur graveyard, might have been a site for prehistoric supper some 65 million years ago.
As you have probably guessed I have been quite coy with names and places this past two weeks…this is for very good reason. We hope to return next year to a little square of Earth that holds so much promise, but hopefully remains untouched and intact. Only a few have been lucky enough to see the wonder of this site, but it is our hope that in the future we can save this site for the many. 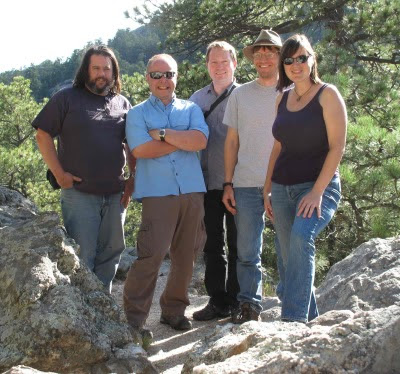 Working so closely with a team for two weeks helps you learn much about your fellow palaeo’s. What makes them tick and what ticks them off. This is certainly the same in all walks of life, but we must always take time to realize that hunting dinosaurs is one of those jobs many just dream of, but we very lucky few get to do. If I take anything from this field season, it is that more folks should experience the rush of touching the fossil remains of long dead animals. This thrill does not change with repetition, as each new find helps piece together the complex mosaic of past life on our planet.
Posted by Phil Manning at 06:07