Once again I have been a tad lackadaisical on the blog front, mainly a function of marking exam re-sits and writing a chapter for a volume on high-performance computing and dinosaurs....yes, HPC meets Jurassic Park! 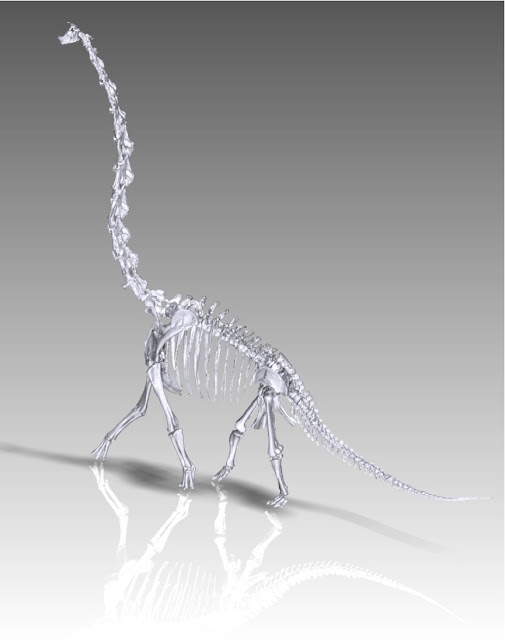 How on earth can that be, I hear you all say? Dinosaurs are often hailed as a scientific communication breakthrough, but is this really the case? Does the ‘and finally’ news story, usually based upon a recent publication, give credit to the years of painstaking work from discovery to final interpretation? The same can be said for many areas of science, where the object of the science becomes the story but not the science itself. This, in part, is the fault of both media and the scientists, given we must be more aware of how our science is translated into digestible chunks that can be understood by non-specialist audiences. Dinosaurs, however, are in a unique position (albeit a quite extinct one). These animals have the potential to unlock many new areas of science to the public, given they provide a unique vehicle to deliver often complex science. Whether it be particle physicists blasting fossils with high energy X-rays at a synchrotron (Bergmann et al 2010 in PNAS) or computational biologists making dinosaurs run in virtual environments (Sellers and Manning 2007 in the Proc. Roy. Soc. B), it is clear these extinct giants have a role to play in engaging thepublic with more than just old fossil bones. 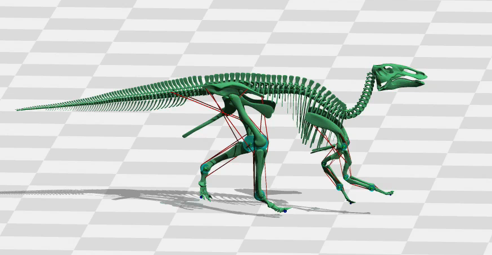 But why the HPC and dinosaurs chapter? Well, in the past ten years the science of palaeontology has been reinventing itself, looking to new disciplines to solve very old questions. Now that palaeontology is such a diverse, interdisciplinary research area, it has successfully facilitated the communication of science. Interdisciplinary work with engineers, geneticists, computer scientists and many other disciplines provides avenues that might excite interest in what might be considered discrete areas of research. Indeed, computational palaeontology is a splendid example of how the digitisation of specimens and subsequent computational analyses are both eye-catching and easy to distribute though modern media. The chapter I've been writing with Dr Peter Falkingham presents some studies studies detailing the different ways in which communicating dinosaurs to the public can facilitate understanding of wider disciplines. The use of museum displays, science festivals, television, and visiting schools will be but a few examples we have explored, to illustrate the application of past life to presenting 21st Century science...all with a liberal dosing of High-Performance Computing!
Posted by Phil Manning at 20:59 2 comments: