The Carnegie Museum was stunning....what can I say. If dinosaurs were still alive, they would come here to die! The displays were worth waiting for...a dinosaur bone-fest from wall to wall. Museum displays so often disappoint, with either too few skeletons, fossils and information, usually replaced with rubber-saurus coupled with animatronic farting noises from the pneumatics driving the beastly reconstructions. Not at the Carnegie, here you come face to face with gorgeous mounts of some of the finest dinosaur skeletons to grace the floors of museums. 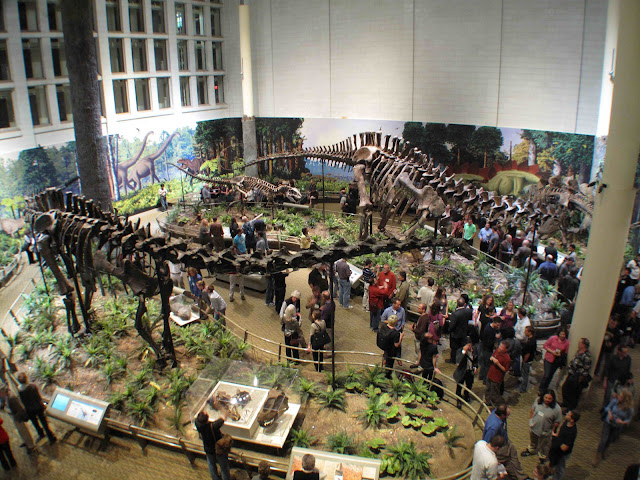 Looking down at the gathered SVP delegates gives a good impression of how big these Jurassic beasties really were....and I do not mean the gathered professors! Rarely do you get the chance to walk around and look from above at skeletal mounts...so again, thumbs-up on the exhibition design! The liberal dosing of fossils in knee-high cases (also a huge benefit for kids coming to fondle their favourite dinosaur) provided an even closer look at either body-parts or complete skeletons from the extensive Carnegie collections. 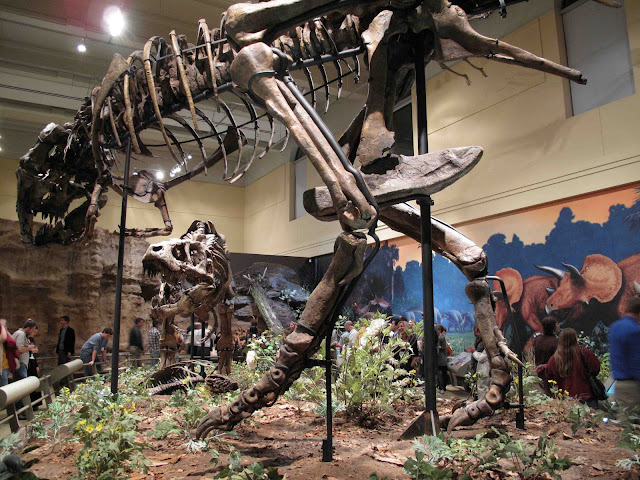 Here Rex v's Rex....well, some now suggest this was a very plausible scene, with bite marks on the bones of T. rex suggeting some less than friendly back-biting. However, others argue that rough petting might be the cause...just watch their descendants (the birds) in their most amorous moments, when the male often holds the female by the scruff of her neck...but beaks tend not to leave puncture marks! 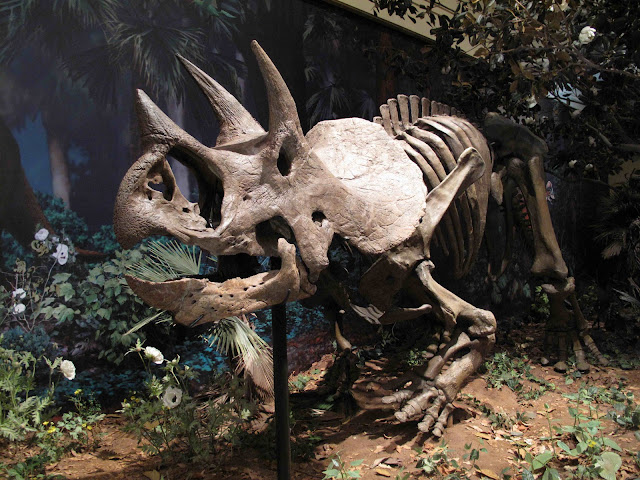 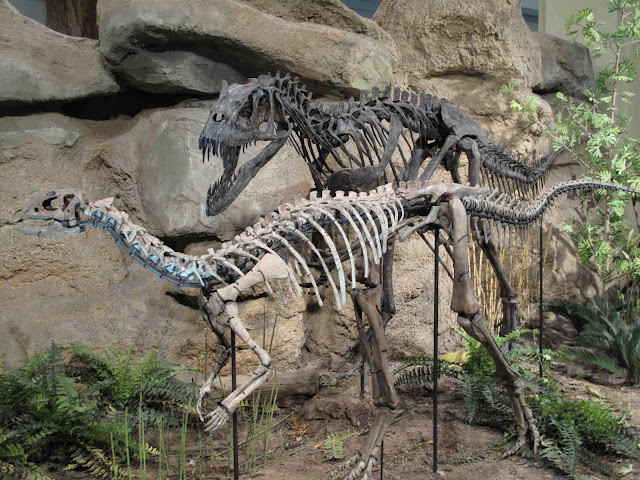 The lectures at the SVP meeting were many and diverse, as is always the case. This too was echoed in the poster sessions, of which I had little break from...given we had five to present over the four days of the meeting. The talk I delivered on behalf of the Manchester research group (FTIR Spectroscopy of Soft-Tissue Preservation from the Eocene Green River Formation (Colorado, USA) seemed to go down well.... although I was wading into the vast ocean of inorganic and organic geochemistry; strange waters for any palaeontologist. We (the research group) are currently writing-up the said lecture for publication...oh what fun the slings and arrows of peer review to come! 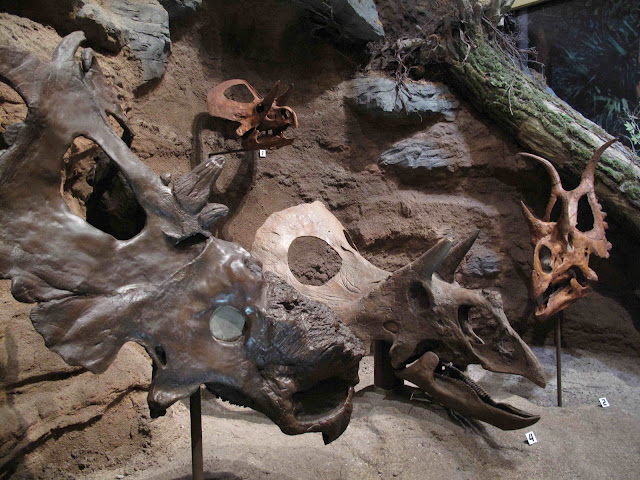 All said and done, SVP was the usual fun meeting of paleontological minds. A splendid opportunity for folks from all corners of the globe to come together to moot on matters antediluvian and consider our and others place in the vastness of geological time. Next year we shall do the same, albeit in under the bright lights of tinsel-town; no, we are not LA bound, but heading to the desert city of Las Vegas. So farewell Pittsburgh SVP 2010 and Viva Los Dinosaurios 2011!
Posted by Phil Manning at 18:15