Yesterday Washington DC came to a very sensible halt. The whole of the City Centre gridlocked in a very sane way. The tens of thousands of people who came to bring this rationality to DC were all very level-headed and prudent folks. Why this sudden influx to DC? Some may say it was the 'cult of fame', as the TV show hosts/comedians Jon Stewart and Stephen Colbert decided that October 30th 2010 would make a good date for rational folks to get together and share a simple idea, of not being afraid. My pile of paperwork from the US Embassy in London positively encourages me to 'experience American culture'...so, like a good citizen, I took heed. 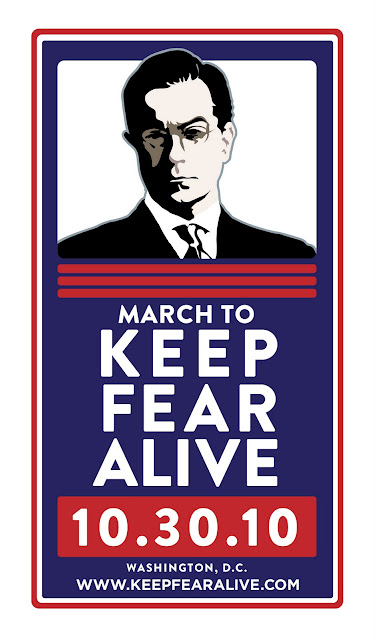 You might think that such a simple message might yield a feeble response from the good people of the United States; and you would be wrong! Hundreds of thousands of rational folks marched on the Capital to answer Stewart's and Colbert's call as to whether the populace were happy about being told they should be afraid....of what. Well, hopefully some of the following images will provide a collective answer to the television hosts. So in the spirit of this 'terrifying event', I will tell its story in pictures, but also in the words of a chap from Blighty, fearful of being alone in a very, very big crowd! 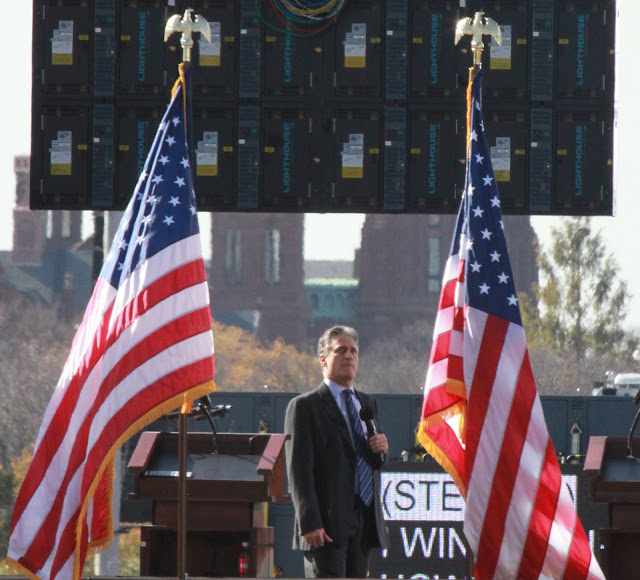 Here the ring-leader of the event Jon Stewart somberly relays the news to the the gathered crows, that he is afraid....very afraid....maybe its cause his autocue is stuck? The sinister towers of the Smithsonian loom frighteningly in the background...what goes on behind these closed doors is a closely guarded secret...some say they procure and store evidence of evolution....scary! 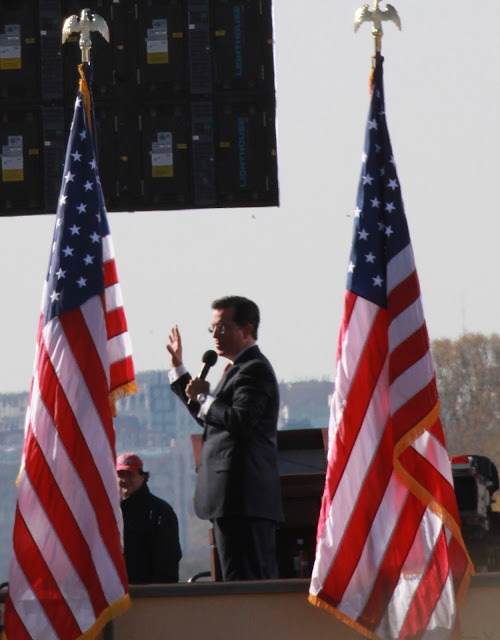 Steve Colbert soon joned the party from his underground bunker, some 3000 feet below the stage....I think the flags were a helpful reminder for anyone who forget they where they were? 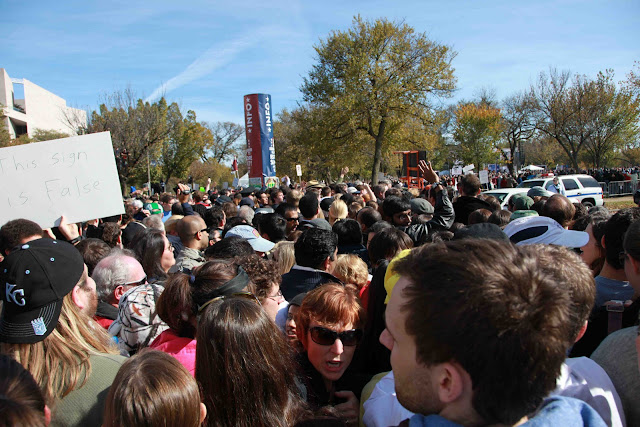 The crowds were thicker than a rugby scrum but with more teeth... The mounted Police even kindly left their horse-boxes for folks to climb upon to gain line-of-site to the stage...how thoughtful. 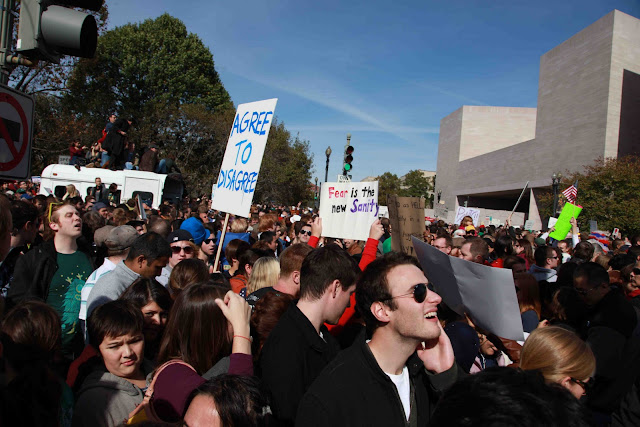 Seeing what was going on at the stage was almost impossible....one might almost be forgiven for thinking the organisers were surprised by how many sane folks were willing to descend upon DC to declare their sanity? 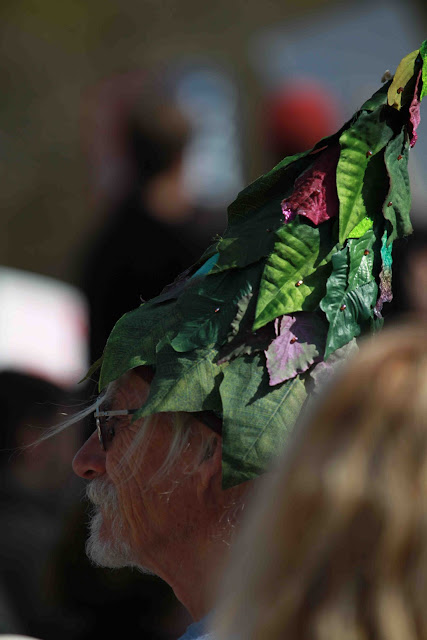 Folks thought long and hard about what they should...or should not (in a few caes) wear to the event. This is one of the few images of 'fancy dress' that might pass the blog filter....given it was the day for Halloween, folks were very much in the spirit to dress-up. 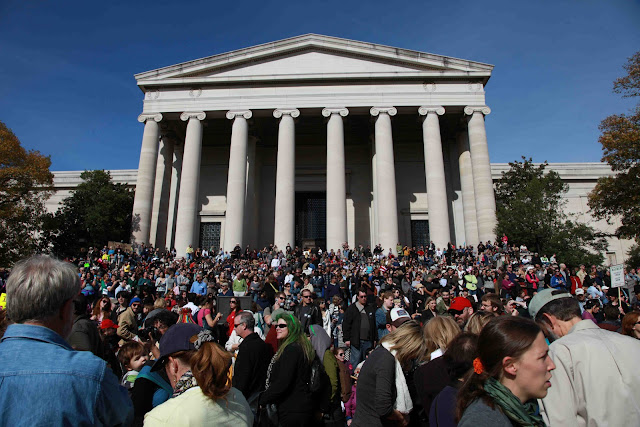 The Museum steps have never looked so crowded! Walking up the steps and turning towards the Capital buildings....more people, as far as the eyes could see. All very happy and enjoying the Autumnal day that was bright, cool and breezy. 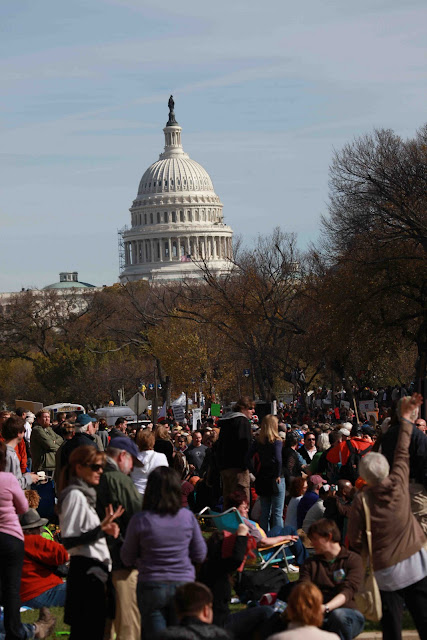 This meeting, I am assured, was not a political rally...of this I am sure, as the banners and signs all kind of made sense/ Even a bright red T. rex climbing a Police horse box made sense! I only wish that I had brought a sign...'I am still evolving, help me', or 'Dinosaurs still rule the Earth'....but I felt my role was more one of observer. 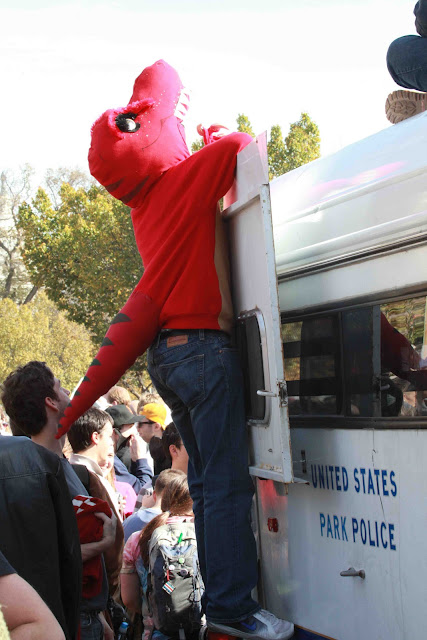 After a rousing day of sensible speeches, prudent people and level-headed discussion we all went home... 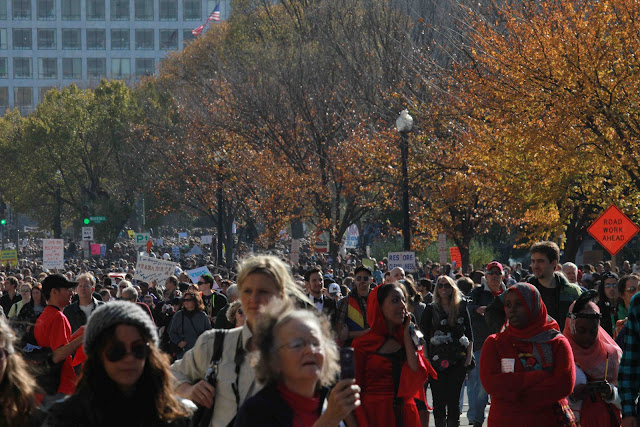