“Get one for Pittsburgh”….and make it a big one!

SVP translates as the Symposium of Vertebrate Paleontology (as well as the Society for Vertebrate Paleontology), which is the US version of PalAeontology… an ‘A’ was lost on that trans-Atlantic crossing in the distant past. This is the biggest meeting of the year for vertebrate palaeontologists from North America and also from many other corners of the world. When I say big, in European terms…and even British terms (as we do not consider ourselves part of Europe)…it is vast, with over 1000 delegates. A large meeting in the UK might reach the dizzy heights of 300 folks. Last year SVP made the voyage to Blighty and set-up shop at the University of Bristol for the very first UK meeting. The meeting was a big success, especially with many folks from Europe who usually cannot afford a conference fee and a transatlantic flight. At the meeting we get one slot to either lecture for 15 minutes or present a poster to our colleagues (if your abstract is accepted). Or, as in the case of the University of Manchester Palaeo research group…you have a handful of posters and presentations to deliver. All good fun…plus we get to chinwag with friends, colleagues and catch-up on what’s hot and what’ not in our field. 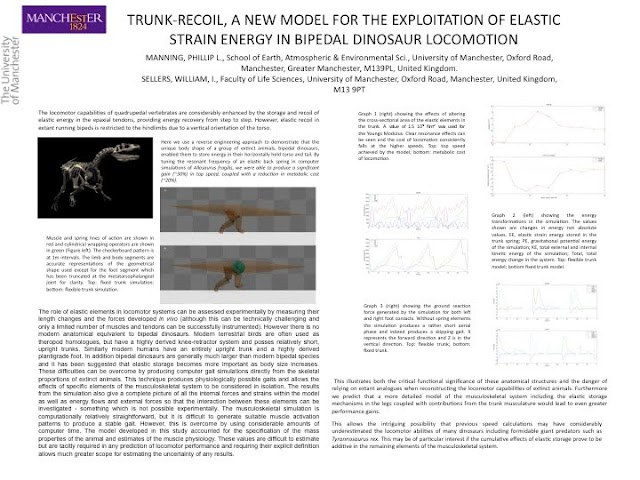 Poster example from North American Paleontological Congress last year!
This years meeting is in the near-by city of Pittsburgh. A city that is carved and defined by two great rivers, the Allegheny and Monongahela, that combine forces there to form the Ohio River. Historically this is ‘Steel City’ for North America, but the industrial bark of the area has long been muted. However, the legacy of the great steel magnets is felt in the world of palaeontology, for here…the multimillionaire Andrew Carnegie, originally from Dunfermline in Scotland, built a great Museum. His roots were very humble, literally a rags to riches tail of, ‘boy moves to US with family, starts working in factory…ultimately owns the City!’, I slightly paraphrased that, but almost on the money. The last twenty years of his life were dedicated to philanthropic endeavours of which folks continue to feel the benefits today, from Libraries to Museums, his impact on learning was international. It is one of Carnegie's museological offspring, the Carnegie Museum of Natural History that is hosting SVP annual meeting this year. 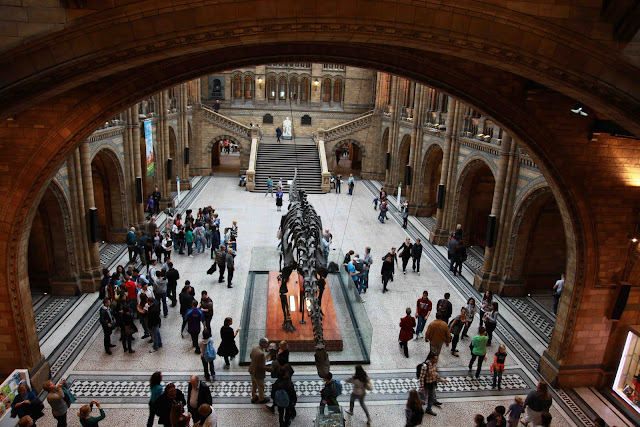 Natural History Museum (London) Diplodocus carnegii cast....
...a very large gift to King Edward VII in 1905
The Carnegie Museum is possibly most famous from its fossil expedition that was instigated by Carnegie asking for the then Director (W. J. Holland) to ‘get the museum a dinosaurs’…which the Director dutifully did…a big one! A few years after the directive, the skeleton of Diplodocus carnegii (Hatcher 1901) was sat in the hallowed halls of the Museum. I am embarrassed to say that I have never set foot on this sacred slab of palaeontological history and am just a LITTLE excited to see a specimen that was cast and sent to key museums in Europe (and Great Britain!). It was a cast of this dinosaur that in 1972 utterly blew a five-year olds mind, as I first walked into the British Museum of Natural History (now re-branded as the Natural History Museum (London)). So, in a little way…the philanthropic tendrils of Andrew Carnegie are still having an influence on science and society today....certainly from a personal perspective. I only wish more folks would ask to ‘go get me a dinosaur’ today.
Posted by Phil Manning at 21:20