Green Iguana or Blue Iguana...that is the question?

Dinosaurs were successful…very, very, very successful. They formed one of the most diverse terrestrial beasties with a backbone to have walked on Earth. There were few ecological niches that they did not thrive in during the Mesozoic era (otherwise known as the ‘Age of Reptiles’. Their ‘piggy-in-the-middle’ position between reptiles (crocodilians, etc.) and birds has made resulted in a great deal of interest in the biology of this group. There has been much debate concerning the metabolism of this group, often resulting in scientists getting a tad hot under the collar! 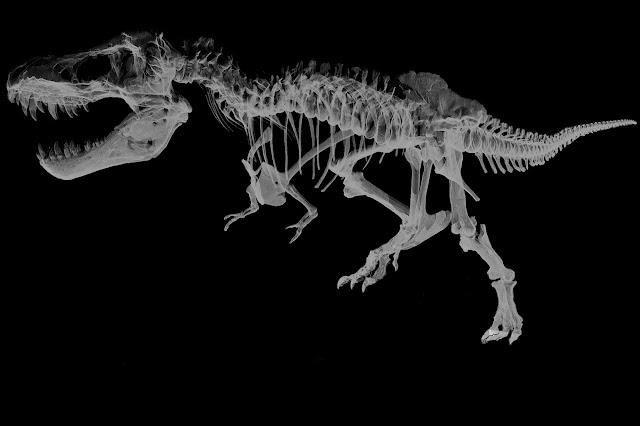 It is quite clear that “cold-blooded” reptiles and “warm-blooded” mammals are quite different in many ways; both modern groups are likely to differ greatly from their dinosaurian relatives. Lucky for us, the same physical laws apply to all land animals and the physical building blocks (biomaterials) used by dinosaurs are almost certainly relatively conservative in composition when compared to their living relatives. These laws that have built, controlled and honed the bodies of living and extinct animals controls certain distinct characters that dinosaurs might have possessed….this helps us reconstruct these long extinct beasties. 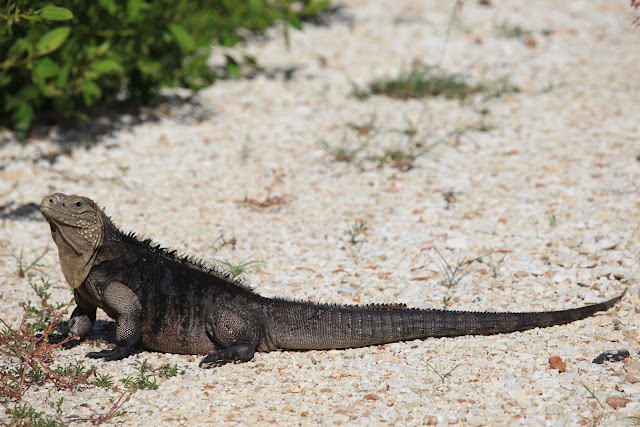 Given half a chance, you will fund many palaeontologists chasing living beasties that form one or the other side of this evolutionary ‘bracket’ that provides the missing pieces of information to help us reconstruct dinosaurs. This week, I have been lucky enough to observe a rather large terrestrial (land-based) reptile…the Iguana….in my own attempts at understanding more about the physiology and behavior of living reptiles. As an aside, it was the teeth of the living Iguana that helped Gideon Mantell come-up with a name for his Lower Cretaceous Iguanodon (literally, ‘Iguana tooth’), based solely upon their similarity in tooth morphology (shape). This was the 2nd dinosaur to be named in 1825 a year after Buckland had described Megalosaurus. So, you can imagine my excitement for getting to see Iguana in the field! 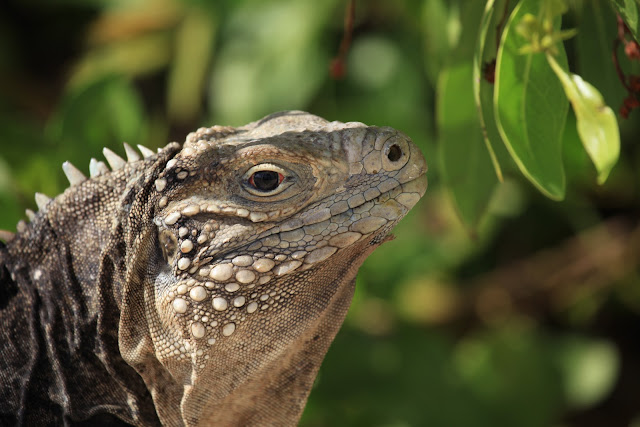 The Cyaman Brac Iguana (Cyclura nubila caymanensis) you see in these images are all from Cayman Brac Island (not surprising)…as I have yet to see the famous and despicably endangered Blue Iguana (Cyclura lewisi) of Grand Cayman. I hope to see my first Blue Iguana this weekend…damn exciting! 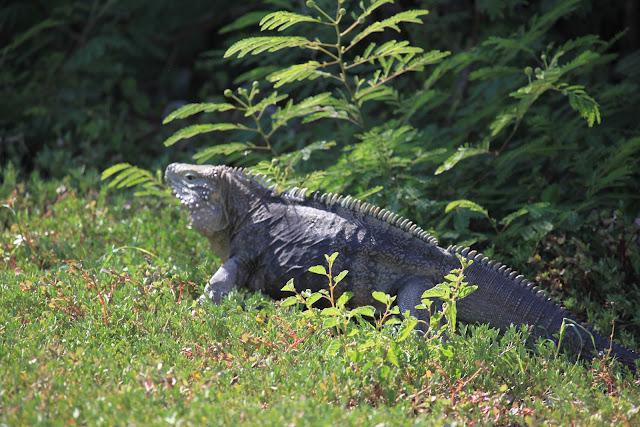 A fun thing to note with the Iguana is the typical reptilian sprawl of their limbs. This has been used by some to suggest that dinosaurs (with their more upright 'mammalian-type' limbs) were very different when it came to metabolism....oops...I must run to give a lecture. I must finish this thought later!
Posted by Phil Manning at 23:01