This has been a slow blog to write, which is certainly no reflection of the time spent in Tasmania...more due to the tortuous flights from Sydney to LA and then Philadelphia. I recall being picked-up at Philadelphia airport, but little else. I seem to have slept for the past two days. I shall now try and observe blogger etiquette and add a day-by-day take on the trip in a few blogs..not one big one as I have in the past.

The team going to Tasmania all met in Sydney Airport. Dr Karen Rosenthal was leading our group, that included myself, Victoria, Jim (Karen's husband) and her two daughters (El and Hillary). We all felt flight fatigued already, but knew we still had a few hours to wait before our connecting flight left for Hobart (Tasmania). We caught a taxi (yes, its too far to walk and there was no other transit) from the international to the domestic terminal. We then sat drinking coffee and eating doughnuts, waiting for the flight. El and Hillary foraged for some local delicacies...Emu Jerky, Crocodile Jerky and Kangaroo Jerky! 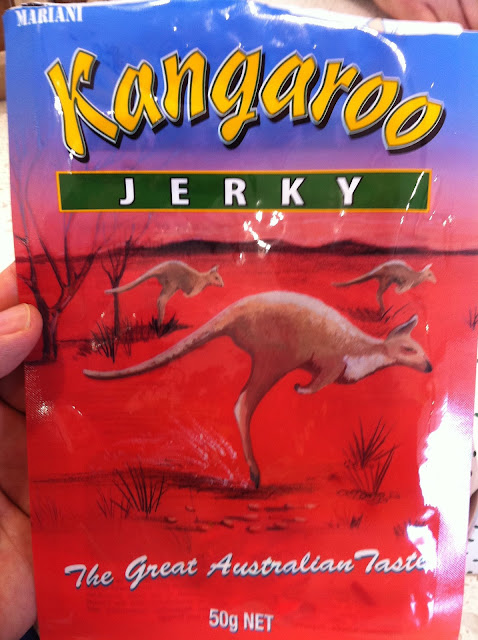 The flight to Hobart was short, as most of the team slept. As our plane made its final approach to the Hobart airport, I could not understand why it was heading for such a small strip of road alongside an estuary...until I realised that this was the airport runway! More striking than the optimistic landing area was the likeness of the Tasmanian countryside to that of England. The rolling hills and patchwork of green fields were a complete surprise to me. How could a land so well-known for its biting, stinging, poisonous occupants look so familier. 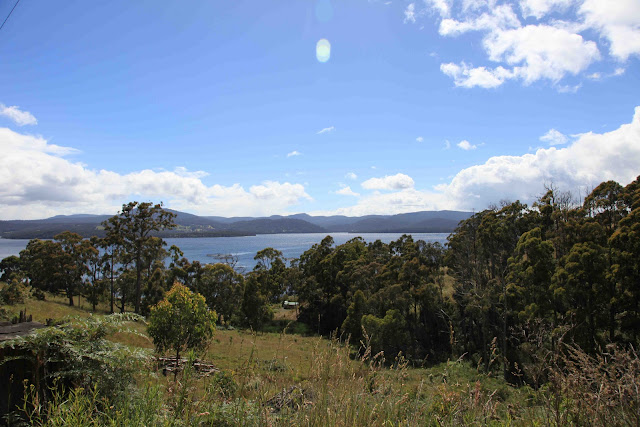 To say Hobart Airport was small would be an understatement, but to suggest this was a bad thing, would be wrong. The single luggage belt delivered all our luggage and a stuffed seal (as in the marine mammal!), in double-quick time. Unlike Sydney and many other airports where you loose the will to function as your luggage does not arrive, Hobart was a refreshing change.

We soon despatched ourselves to the car hire, where I became nominated driver for the week. This had nothing to do with my skill as a driver, but more to do with the fact that Australians drive on the correct side of the road...i.e. not the right! The lefthand drive and rolling countryside were making me feel quite homesick, but at the same time at home...until I saw my first marsupial roadkill! Large quantities of roadkill became a recurrent theme on the trip...usually accompanied by the words, 'now what was that?'. 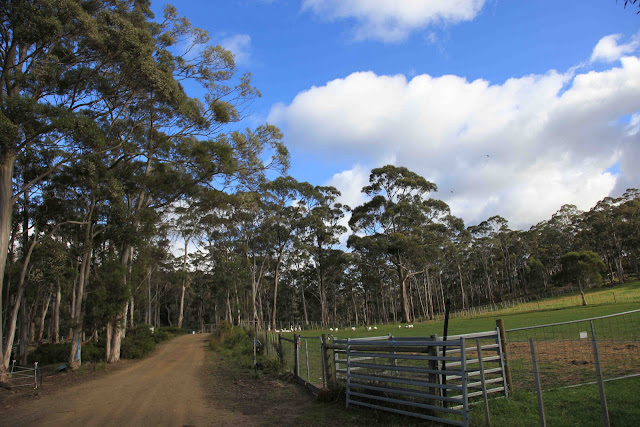 We drove through Hobart and then up towards Mount Wellington, a marker I would navigate to and from over the next few days. The winding road took us higher and higher and as we turned off the main highway it soon became a dirt road. After going down hill for only a few hundred yards we turned off onto the 'road' where James and Andrea lived, our hosts for the trip. We wound our way between trees along the track and soon a clearing ahead marked our destination. After being greeted and fed by our hosts, we all collapsed into our beds. I should say that being 'fed' is not doing justice to the wonderful cuisine that Andrea created...as she would each successive night. 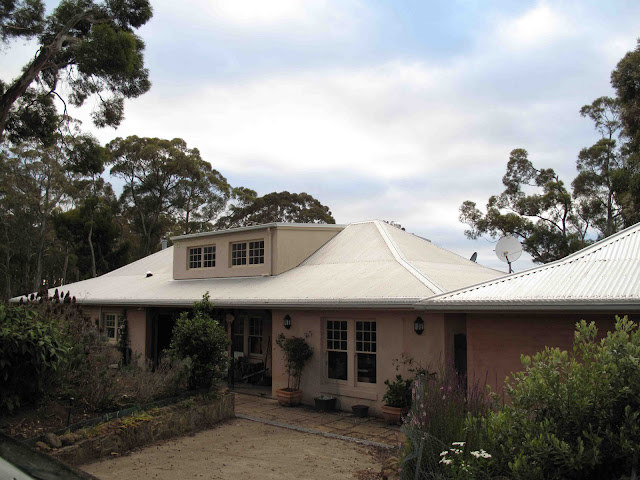 We all slept soundly that first night in Tasmania.
Posted by Phil Manning at 14:50