What a difference a rex makes....

Have you ever had that nagging feeling that you seem to be missing some of your snapshots from an event you know that you took plenty of pictures? On final day of last summers South Dakota field season...as is obligatory field etiquette...my colleague Dr. Bill Sellers found a rather beautiful theropod tooth. We carefully wrapped, stabilised, excavated and shipped the said tooth off with the other Hell Creek fossils back to New York to the AMNH. I knew I had taken a picture of the said tooth on one of my field cameras....but could I find it...no! However, my field camera had managed to generate sub folder and on closer inspection last night (several months after the event), the said memory card finally gave-up its toothy image. This is a rather LARGE T. rex tooth and so splendid to see in its pre-extraction environment. 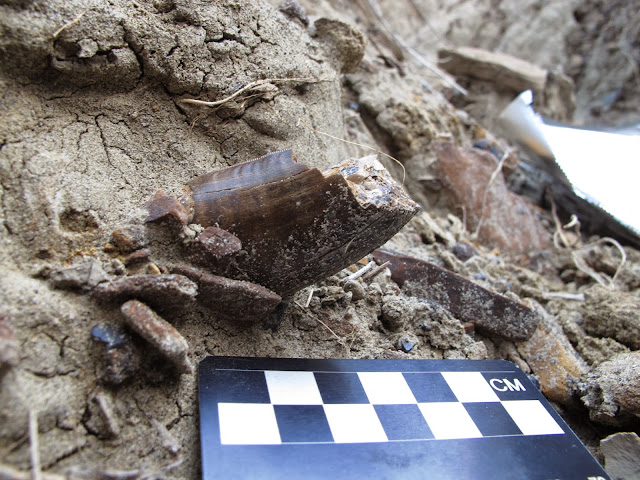