The first complete chemical analysis of feathers from Archaeopteryx, a famous fossil linking dinosaurs and birds, reveals that the feathers of this early bird were patterned  – light in colour, with a dark edge and tip to the feather ­­– rather than all black, as previously thought. 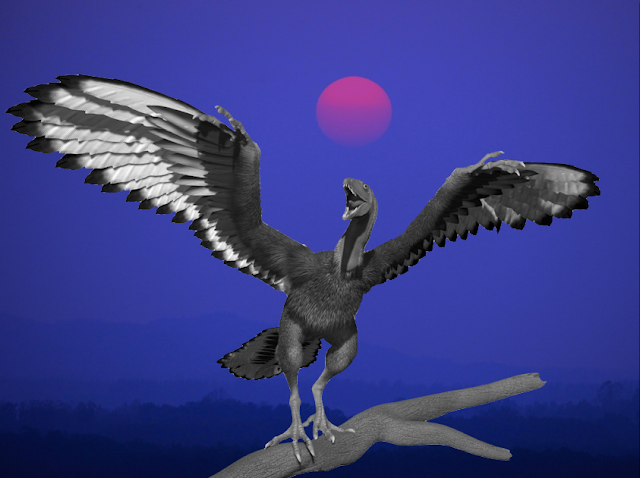 The findings came from X-ray experiments undertaken by our team from the University of Manchester, working with colleagues at the US Department of Energy’s (DOE) SLAC National Accelerator Laboratory. The scientists were able to find chemical traces of the original dinobird and dilute traces of plumage pigments in the 150 million year old fossil. 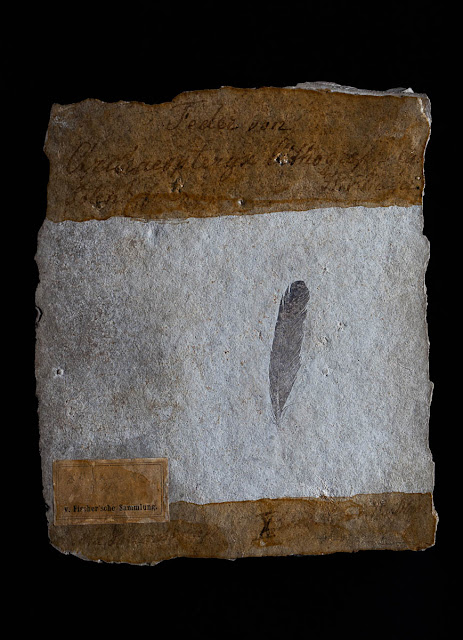 “This is a big leap forward in our understanding of the evolution of plumage and also the preservation of feathers,” said Dr. Phil Manning, a palaeontologist at the University of Manchester and lead author of the report in the June 13 issue of the Journal of Analytical AtomicSpectrometry (Royal Society of Chemistry).

Only 11 specimens of Archaeopteryx have been found, the first one consisting of a single feather. Until a few years ago, researchers thought minerals would have replaced all the bones and tissues of the original animal during fossilisation, leaving no chemical traces behind, but two recently developed methods have turned up more information about the dinobird and its plumage.

The first is the discovery of melanosomes – microscopic “biological paint pot” structures in which pigment was once made, but are still visible in some rare fossil feathers. A team led by researchers at Brown University announced last year that an analysis of melanosomes in the single Archaeopteryx feather indicated it was black. They identified the feather as a covert – a type of feather that covers the primary and secondary wing feathers – and said its heavy pigmentation may have strengthened it against the wear and tear of flight, as it does in modern birds.

However, that study examined melanosomes from just a few locations in the fossilised feather, said SLAC’s Dr. Uwe Bergmann. “It’s actually quite a beautiful paper,” he said, “but they took just tiny samples of the feather, not the whole thing.”

The second is a method that Uwe Bergmann, Phil Manning and Roy Wogelius have developed for rapidly scanning entire fossils and analysing their chemistry with an X-ray beam at SLAC’s Stanford Synchrotron Radiation Lightsource (SSRL) in the USA.

Over the past three years, a team led by Bergmann (SLAC), Manning and Wogelius of the University of Manchester used this method to discover chemical traces locked in the dinobird’s bones, feathers and in the surrounding rock, as well as pigments from the fossilised feathers of two specimens of another species of early bird. This allowed the team to recreate the plumage pattern of an extinct bird for the very first time.

In the latest study, the team scanned the entire fossil of the first Archaeopteryx feather with the SSRL X-ray beam. They found trace-metals that have been shown to be associated with pigment and organic sulphur compounds that could only have come from the animal’s original feathers. ‘The fact that these compounds have been preserved in-place for 150 million years is extraordinary’, Manning said.
‘Together these chemical traces show that the feather was light in colour, with areas of darker pigment along one edge and on the tip. Scans of a second fossilised Archaeopteryx, known as the Berlin counterpart, also show that the trace-metal inventory supported the same plumage pigmentation pattern’, Manning said. 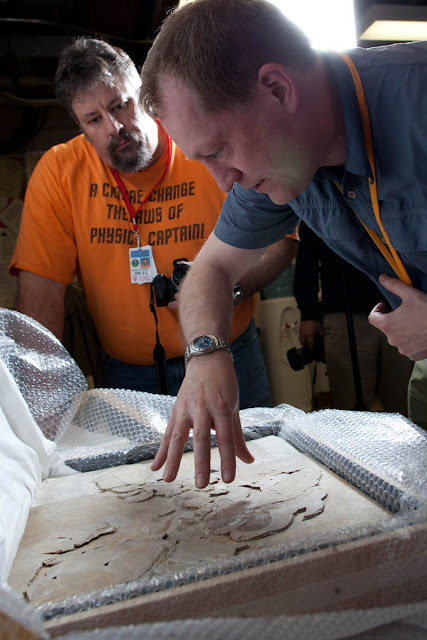 Co-author Dr. Roy Wogelius, also based in Manchester’s School of Earth, Atmospheric and Environmental Sciences, said: “This work refines our understanding of pigment patterning in perhaps the most important known fossil. Our technique shows that complex patterns were present even at the very earliest steps in the evolution of birds.”

The team’s results show that the chemical analysis provided by synchrotron X-ray sources, such as SSRL, is crucial when studying the fossil remains of such pivotal species. The plumage patterns can begin to help scientists review their possible role in the courtship, reproduction and evolution of birds and possibly shed new light on their health, eating habits and environment. More importantly, said Manning, ‘It is remarkable that x-rays brighter than a million suns can shed new light on our understanding of the processes that have locked elements in place for such vast periods of time. Ultimately this research might help inform scientists on the mechanisms acting during long-term burial, from animal remains to hazardous waste. The fossil record has potential to provide the experimental hindsight required in such studies.’ 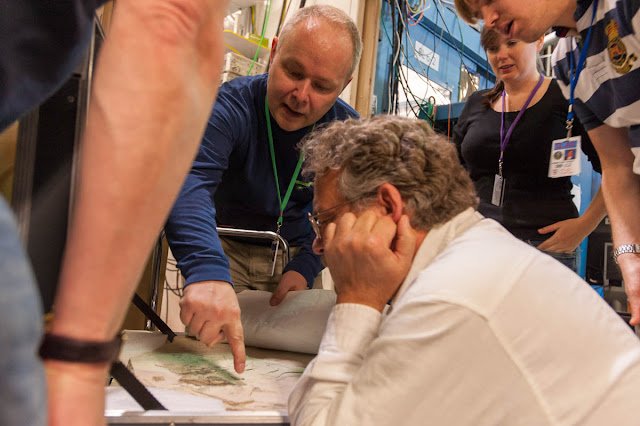 The research team included scientists from the University of Manchester (UK); SLAC (USA); the Black Hills Institute of Geological Research in South Dakota (USA); and the Museum für Naturkunde in Berlin (Germany), which provided the stunning Archaeopteryx fossils for analysis.

The paper is free to download at this LINK.
Posted by Phil Manning at 00:58