Harry Govier Seeley gave us something that neither Huxley, Cope nor the infamous Marsh could (but this was not from a want of trying). In 1887 H.G. Seeley gave us the lasting major division within Richard Owen's tribe of beasties, giving us the saurischian and ornithischian dinosaurs. You have already met the tooth and claw of the saurischia ('lizard-hipped') that ultimately gave rise to all birds today. Now this is the rub, the ornithischian ('bird-hipped') dinosaurs have nothing to do with birds, other than being the sister group to the saurischia that did...confused? When folks say, 'Whats in a name', maybe here hindsight would have made Seeley chuckle. His division is robust, but the names often confusing, given each groups evolutionary products...sadly zero for the ornithischian dinosaurs post-Cretaceous. One thing about this group, if you visit the AMNH in New York, you'll get to see some of the most important ornithischian fossils from north America. Here is a brief tour of the said gallery. 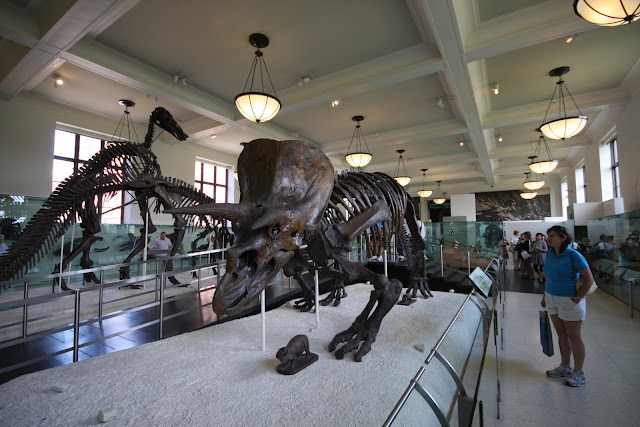 Triceratops with its distinct horned face and solid frill has been having a rough ride with its contemporary Torosaurus... identifiable from its larger perforated frill. Jack Horner and colleagues have recently suggested the latter is an adult of the former...'slaying' a species with a stroke...or should I say 'stage' of ontogeny (growth).  This is not a new approach to slaying dinosaur species, as Peter Dodson did the same back in 1975 with his analysis of hadrosaur skulls...reducing nine to three species in a stroke. However, folks must have been more careful when naming species since Peter's work back in 1975...or have they? Other palaeontologists have urged caution, such as Mike Benton at Bristol, who also suggests that ~50% of dinosaur species might not be valid! Something to think about when we explore museums, their collections and the barren Badlands when hunting 'new' species...or maybe just another growth stage. Lets just say, we must be careful when naming new species of dinosaurs. 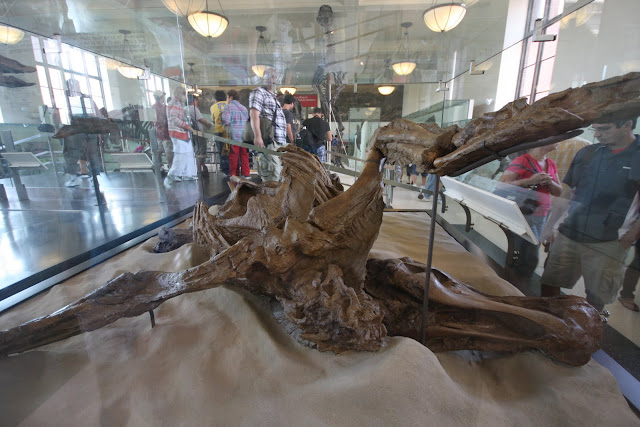 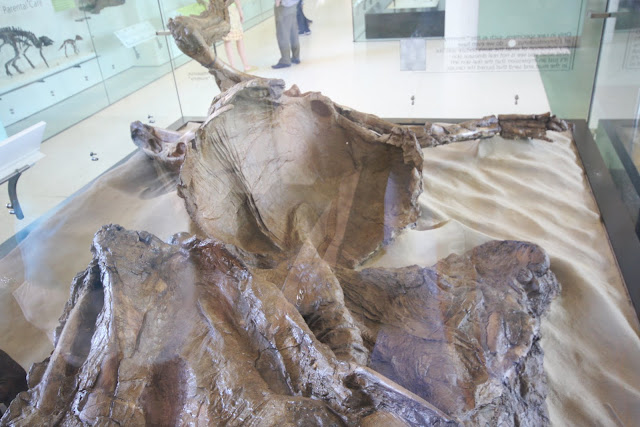 When you stand above this remarkable dinosaur, with its arms and legs wide open and its chest caved in...it looks almost too incredible to be 65 million years old, but that is exactly what it is, incredible and 65 million years old! What is most amazing for me, Charles Sternberg and his two sons prepared the fossil, as you see it today, while still in the Badlands of Wyoming. 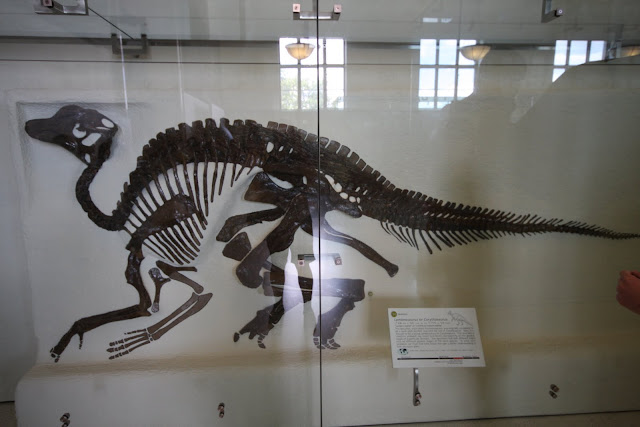 When dinosaurs are not fully grown, they really can fool us...this skeleton has been given several names in the past, but now most agree it is either a juvenile Lambeosaurus or Corythosaurus! This is possibly why our research group has concentrated on understanding more about the preservation, biomechanics and anatomy of these enigmatic beasties. I shall add some more on my visit to the AMNH ornithischian gallery soon!
Posted by Phil Manning at 21:58