So you want to name a new species of dinosaur?

We often take for granted the elegant simplicity that a species name might take.  However, a name often provides the tag from which we can hang the evolutionary relationships and classification of an organism… so, it is worth explaining how and why we name beasties. To start somewhere we are all familiar with, a popular name. Palaeontologists have the rather fun habit of giving dinosaurs a nickname when excavating a skeleton…especially when the said remains are either rare, complete or both. The T. rex skeletons of Sue and Stan were named after their respective finders. The name for the mummified hadrosaur dinosaur that Tyler Lyson and I excavated a few years back, was based on the simple fact of its geographical provenance ('Dakota'). However, all types of birds, mammals (including ourselves), fish, amphibians, reptiles, crustaceans to bacteria have at least two 'official' names that follow internationally accepted codes for naming plants and animals. These are the International Code for Zoological Nomenclature (ICZN) and the International Code for Botanical Nomenclature (ICBN). Within these two books are the rules of naming a new species. A new name is given only when the plant or animal that has been discovered is shown to be distinct from any known species. The animal, its morphology, fossil and/or structure is then formally described and published within a peer-reviewed journal (that is usually the fun part!). A new species is then ‘born’ unto the blinding light of the scientific world, and often makes a brief appearance in the wider world, via the media….usually hailed at the end of the news programme by the words ‘And finally’…'And finally scientists at the University of Dunking Buckets have discovered the fossil remains of a new species of predatory dinosaur with feathers, etc. etc.’ Having feathers and being a predatory dinosaur usually ensures such stardom. 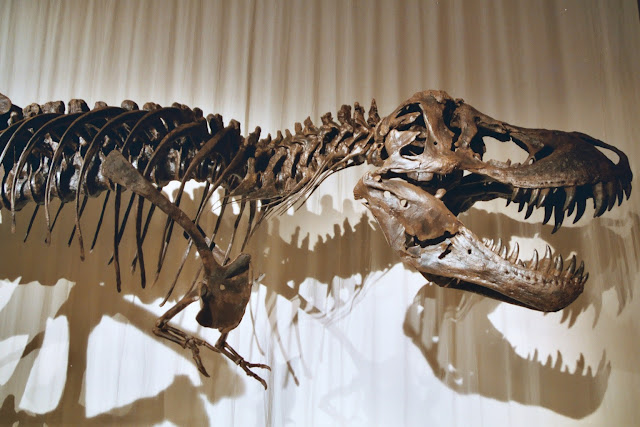 The classification of specific plants and animals into distinct groups or tribes is also worth a quick review. Carl Linnaeus (his name was really von Linne, but he even translated his own name into latin!) devised the binomial ('two-name') system applied to naming plants and animals in his splendid work Systema Naturae, published in 1735. Linnaeus subdivided a name into first the genus and then species names, for example you are Homo sapian (written always in italics). The Linnaean system allowed species to be classified within a hierarchical structure, starting with kingdoms. Kingdoms were divided into Classes, then Orders, which were further divided into Genera, eventually divided into Species. The classification was based upon observable characters, meaning that many early classifications resulted in very strange family trees. The more specimens and morphological characters you have, usually the more robust the family tree...but this does not stop single bones representing a whole species. However, a new fossil or living beastie that possesses a very distinct character, say a theropod dinosaur with feathers and a peg-leg, can have an impact that is far from proportional to its evolutionary ‘importance’ in the fossil record of all life (such is the draw of toothy beasties with pirate tendencies). 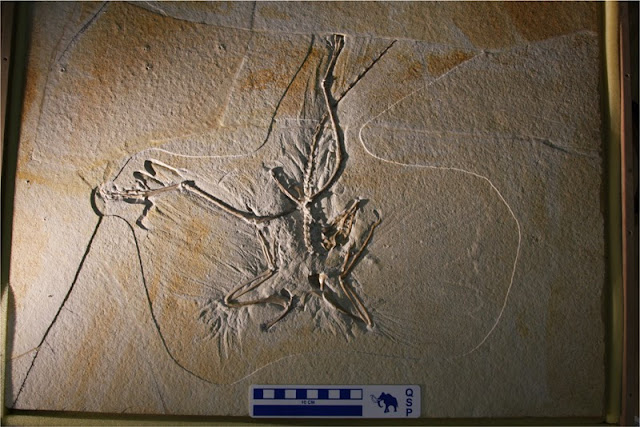 Our own evolutionary path parted with the ancestors of dinosaurs some time in Carboniferous Period, when the diapsids (reptiles and later to include birds) and synapsids (to become mammals) parted evolutionary company. However, the basic tetrapod (‘four-feet’) skeletal plan is still recognizable, shared between vertebrates…even palaeontologists! I love taking my undergraduate class to The Manchester Museum across the road from my University Department in which I teach. Getting students to recognise the five fingers in the hand (pectoral fin) of a sperm whale (Physeter mcrocephalus), the vestigial hips (ilia) and seven neck (cervical) vertebrae and to compare with elephants (Loxodonta sp.), antelopes (Antilope sp.) and chimpanzees (Pan troglodytes), the conservative skeletal blueprint is such a splendid example of such shared relationships. The evolutionary distance between one animal to another is beautifully displayed by their morphological 'distance', a function of the selective pressures that have often dictated the survival of a species. There is no vim divinam at work, purely the elegant simplicity of ‘decent with modification'...as so eloquently put by Charles Darwin.
Posted by Phil Manning at 17:08