Yesterday I found myself in the hallowed halls of the University of Cambridge Zoology Museum. This is a stunning museum...one that mere photographs would simply fail to do justice. This is a museum that everyone must visit at some point in their life. Laid before you is one of the most diverse displays of endless forms most beautiful that elegantly tells the tale of the evolution of life on Earth.

Occasionally in my line of work you get the opportunity to kneel at the alter of evolution and bow ones head in reverence...yesterday was one such day. The collections manager at the Museum, Matthew Lowe, kindly showed me an object from the Cambridge collection that was both stunningly beautiful, but also historically priceless. Matt carefully lifted a glass top from a beautifully crafted case, containing the preserved remains of some Great Bird of Paradise collected in the latter half of the 19th Century...this should be the first clue as to their import. Those of you who have read my prior posts, will have heard my rants on the amazing adaptations and diversity that we see in modern avian theropods (who most call birds). The Great Bird of Paradise almost certainly possesses the most incredible array of feathers to have evolved from dinosaurian stock. Their striking plumage has long captured the eye and imagination of poets, writers and natural historians...but it is the latter that played a key role in the acquisition of this particular specimen. 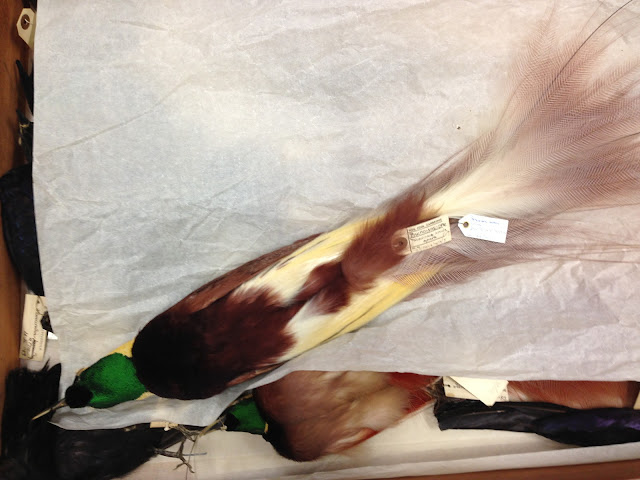 As I peered at the lifeless form, that is still breathtakingly beautiful even in death...Matt drew attention to the label. I did a double take and realised this sample had been collected by one of the most iconic and influential naturalists to have lived! 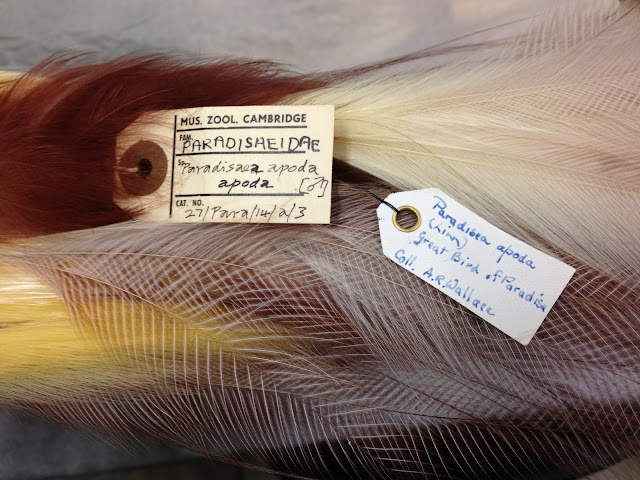