It's 2:45am in the morning and Roy Wogelius, Uwe Bergamnn, Holly Barden Arjen Veelen, Nick Edwards and I are all staring blankly at several tens of feet of cable, coupled with too many knobs and dials. The said array of technology seem to be conspiring to prevent our detector from talking to the computer. Yes, we're back at the synchrotron at Stanford (SSRL).

The sleep depravation is simply crushing...there is no second wind, as yet another channel in the detector array does not play ball...but a decision has to be made as to what to do next....and sleep is but a distant memory and sadly not an option!

We have a 50 million year old bird sat on the synchrotron rapid scan x-ray fluorescence stage and we are bent on persuading it to reveal its elemental inventory that has been locked in its stoney grasp for soooo long. Each discrete biological structure, now clenched in stone, has the potential to reveal many secrets from the grave of the life, death and fossilization of this beautiful fossil.

Hopefully, when we get the electronic glitches resolved and the gremlins expelled...we can start scanning in earnest. Until then, we decided on a holding pattern...picking five key elements to extract from the fossil, as we raster it in-front of the bright light of SSRL. It's going to be a long night...and an even longer week...but hey, who needs sleep when there is fossils to be teased with x-rays! 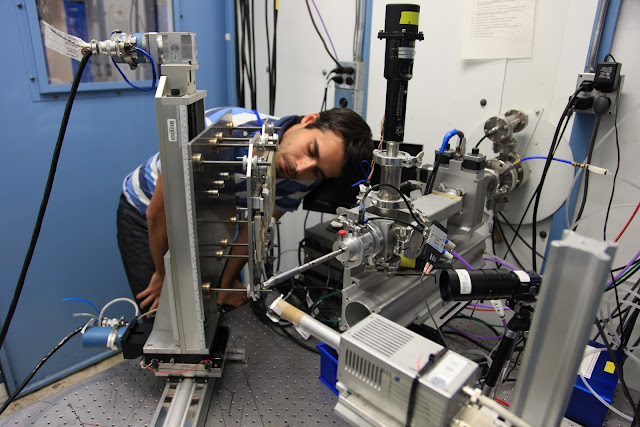